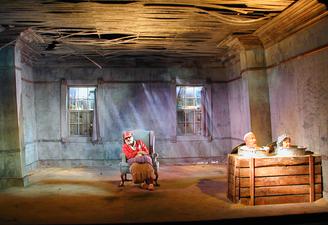 14. AUG 2018 UPDATE
Glorious first day of rehearsal of Frankenstein - Playing with Fire at The Guthrie!  We are off to a wonderful start.

20. FEB 2018 UPDATE
Fabulous first day of rehearsal for Timon of Athens!  It runs March 30 - April 29 at Cutting Ball.  I've been wanting to direct this play for a long time!  Great article in Broadway World!

21. JAN 2018 UPDATE
So inspired by my time at the Shakespeare Theater Conference in Cincinnati.​

7. JAN 2018 UPDATE
Arrived in New York for a workshop of Sean San Jose's translation of Coriolanus with The Oregon Shakespeare Festival's Play ON translation project.​

In New York ready to do a workshop of Chikamatsu's The Courier of Love in a new translation by Ado Dachs.

At the Public Theater doing a workshop of Measure for Measure with a brilliant cast.  This play couldn't be more timely.  The discussions have been lively and rich!

Phèdre performances have started!  Ariel Craft has done a beautiful job directing my new translation.  It runs until May 21 at Cutting Ball.

Fantastic reading of Trina Davies' The Bone Bridge at Playwrights Foundation and Stanford.  A penetrating look at the Yugoslav Wars and their aftermath.

15. SEPT 2016 UPDATE
Just back from a terrific weekend at the Oregon Shakespeare Festival for their first Play On convening.  Great to spend time with such a smart group of people and wonderful to see all the shows at OSF.​

Wonderful opening of August Strindberg's A Dreamplay in a new translation by Paul Walsh.  It runs at Cutting Ball through June 19.

Ondine is open!  Really proud of this beautiful production on Michael Locher's breath-taking set!  It runs through March 6 at Cutting Ball.

It begins...   My sabbatical from my administrative duties at Cutting Ball starts today.  I will still be very involved creatively.  I'm directing two mainstage shows: the world premiere of Kat Sherman's Ondine and Paul Walsh's translation of A Dream Play and am translating Carlo Gozzi's The Serpent Woman for Hidden Classics.  Outside of Cutting Ball, I'm directing Much Ado About Nothing for the Old Globe's Globe for All Program and my translations of The Chairs and Ubu Roi are being produced by the Pearl Theater in New York and The Garage Theater in New Jersey, respectively.  I also have another collaboration in the future with the wonderful Sean San Jose.  Cutting Ball is in great hands with Paige Rogers at the helm and I'm extremely excited about having a year to focus on my creative work and my freelance career.

“Provocatively intriguing...funny, but decidedly serious...fanciful...confrontational…
Snark would be easy, as would playing to our comfortable notions of right and wrong. Saito’s play, commissioned by and developed with Cutting Ball Artistic Director Rob Melrose...seldom takes an easy way out.”

“This clever and provocative new play by Cutting Ball Theater playwright-in-residence Andrew Saito... Saito is too imaginative to settle for a simple parody…  In Saito’s probing vision, every character has multiple personality layers, carefully developed by the actors and director Rob Melrose... the playwright makes our checkered history feel all too immediate.”

“Inventive...sharp, dynamic...
[Mount Misery is] marvelously fanciful...Far from the usual glancing fictional encounter in which two historical figures compare notes and then go about their separate business, 'Mount Misery' embeds Douglass and Rumsfeld deep in each other’s lives with tragicomic consequences, and history may never be the same again.”

10.JAN.2015 UPDATE
I'm in rehearsals now for Hamlet at Stanford University.  I'm teaching a class with Amy Freed and she is directing Rosencrantz and Guildenstern are Dead in rep with Hamlet. 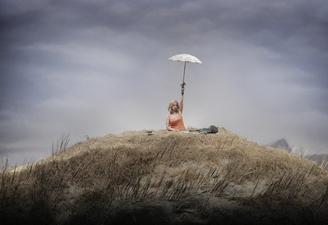 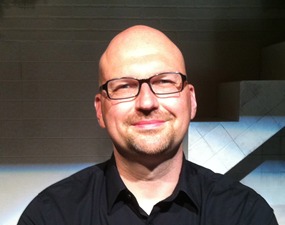